I had an extension built last year by DEP Building Services of Caterham. As a favour to them this year as they did a great job, a built them a wordpress site as they didn’t have one already. It was a fairly standard build about from that they already had a logo, but they didn’t have the vector / illustrator / eps original file. I think it was a classic case where someone had done some work for them (business cards with logo and some display material, boards and banners for putting up on their build sites) but they hadn’t given them the original logo files to work with again, and this company could not be contacted now.

I’m no graphic designer and I don’t have any of the Adobe licences or equivalent, and frankly I don’t want to buy or invest in anything like this as it’s not an area of interest for me, but I managed to get a really professional job done for nearly free using the following services:

The end result being that I have the master AI file for the logo and as many scalable copies as I need for other media, for only 15 dollars.

I’ve updated my site to a new responsive theme 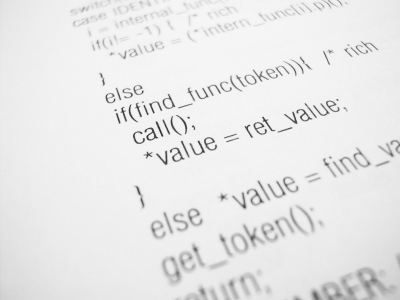 I’ve spent the last 48 hours trying to convert this site from my old wordpress theme to this new fully responsive one. I did like my old design, but it was a couple of years old now and the world of devices has moved on. The old one was not responsive in any shape or form, so unfortunately it had to go. Fortunately over the past 2 years I’ve got just a tiny bit better at wordpress (although I’ll never be good at design). It’s meant to be clean and fast (subject to very cheap hosting costs of course). Let me know what you think……

LAMP for a beginner, lessons from my WordPress build

When I finally got round to rebuilding this site into its current format, I searched around for a while before choosing WordPress as the platform to put it together with. As a complete newbie to this platform, and also as a person who has mostly used Windows software for the past 15 years, there were a few things to learn along the way, and here’s some information about some of those points.

Firstly this breaks into 2 areas, client and server. When I say client in this case I refer to a laptop I use as a general machine for mail and stuff, but which is also the development environment. This machine is a very old Toshiba M70 from 2005 running a vanilla install Ubuntu 11.10. Being as a was a complete novice in terms of putting LAMP together I looked for suitable instructions online and found this

Which I can’t recommend enough as a great step by step guide. I had one problem on this which I documented in the comments of that article (which was not the fault of the article but a subsequent problem / config issue in webmin). The problem was that one couldn’t login to webmin at all after install even with root. When this was occurring I must say that I felt completely useless as I’m such a linux noob that I didn’t really know where to start troubleshooting. If this type of thing occurs in windows I just work it out using various tools, but in linux I’m quite stuck where to start. Anyway the solution was in the ubuntu forums here:

Beyond that the client build was very smooth and is happily up and running on my crappy old laptop.

On the server side I’m hosting with one.com who have been very good to me and were very efficient when I did my domain transfer last year from another provider who I won’t mention here 😉 The only thing you could say against one.com is that you only get one MYSQL database for your entire domain, so this could cause an issue to bigger more complex installs and sites maybe, but works just fine for me. The install was super simple exactly as WordPress documentation says it should be. I FTP’d the files over to the site and extracted them and I was pretty much up and running.

In terms of custom configuration I’m using the following:

Cruz theme – purchased through themeforest.net – not the most complex  theme compared to some, but very worth the small fee to purchase it. Very well documented as well.

BackupBuddy – this is a great plug in, it’s not cheap, but it does exactly what it says, it backs everything up with a click once its setup, plugins and all. Being a SQL guy you can be sure that I tested the restore process as well, and can also confirm that it was very simple and seems very stable. This also comes highly recommended. You can move the backup files here there and everywhere, either automated or manual and I push mine to Amazon S3 automatically from the plugin.

This is what I would consider the bare minimum, in that its deployed, it runs, I can develop on it in a separate environment and more importantly I can back it up.

I like to be plugin light currently, as it keeps it lower maintenance for me, and is less risk I feel, as I hate risk and don’t want to spend lots of time troubleshooting compatibility issues. So the only other things I run is

SyntaxHighlighter Evolved – which deals with the rather nice code syntax for many different languages.

I did consider an SEO plugin, but decided for the moment that my needs were not worthly of such granular control, and also the more competent ones seemed to require a certain amount of config times (unsurprisingly considering the subject) which I wasn’t prepared to devote just now!

Overall I’m fairly happy with the experience. I did pay for a few things, but the prices were very reasonable and were well worth it in my opinion (especially the backup).

My other web stuff